(left, Bernard Baruch, the Zionist millionaire who sponsored both the Bolshevik Revolution and the Libertarian movement in the United States)

Closing the circle, in this article Memehunter connects the founding fathers of the Libertarian party directly to the top of the Money Power chain of command. It was Alfred Kohlberg, fronting for his boss Bernard Baruch, who played a key role in both the cover up of Jewish involvement in Bolshevism and building up the other side of the dialectic: Libertarianism.

By Memehunter
For Henry Makow and Real Currencies

The Illuminati Jewish bankers who were promoting Communism and had organized the Bolshevik Revolution were aware that many observers were beginning to connect the dots and to notice the importance of the Jewish involvement in Communism. Thus, in order to deflect criticism, they sought to show that there were Jews against Communism. 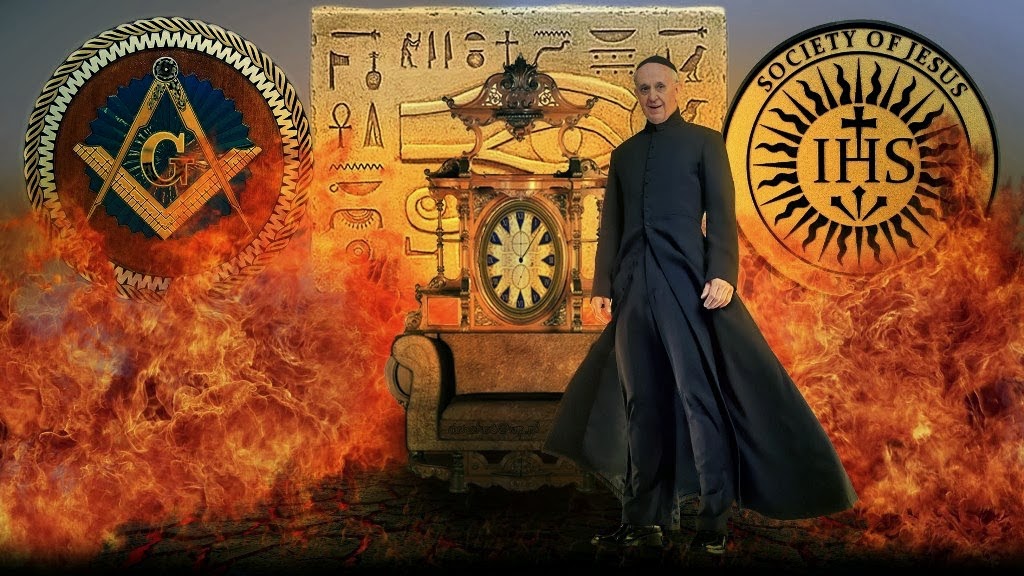 The American Jewish League against Communism
As explained in Illuminati Bankers controlled Joseph McCarthy, there were only two purposes for the founding of the American Jewish League against Communism, or AJLAC: “the number one purpose was to take the heat off the Jewishness of Communism, and a secondary aim was to get the Jews out of Communism and to support Zionism.”

The chairman of the AJLAC was Jewish businessman Alfred Kohlberg, head of the so-called “China Lobby”. The same Kohlberg, a close ally of Senator McCarthy, also co-founded the John Birch Society with Robert Welch and Fred Koch, head of Koch Industries.

Moreover, Kohlberg was a major sponsor of Plain Talk, which merged with theFreeman, a libertarian journal still published today by the Foundation for Economic Education (FEE), itself a direct offshoot of the William Volker Fund and an active supporter of the Mont Pelerin Society (see Proof Libertarianism is an Illuminati Ploy).

Who was hiding behind Alfred Kohlberg?
Although the connections between the AJLAC, the John Birch Society, and Libertarian outlets such as the FEE are already very revealing, Kohlberg seems at first to be merely another wealthy sponsor of Libertarianism. Things get more interesting, however, when we consider who Kohlberg was fronting for.

In fact, 90% of the funding for the AJLAC came from prominent Zionist millionaire Bernard Baruch, according to Norman Marks, a member of the national board of the AJLAC. But Baruch explicitly asked for his contribution to be unknown. He was essentially hiding behind Kohlberg.

Baruch, who had bought Woodrow Wilson’s letters to his mistress for $65,000 (an enormous sum at the time), wound up directing Wilson’s presidency from behind the scenes along with “Colonel” Edward Mandell House. As head of the War Industries Board during World War I, Baruch practically controlled the entire industrial output of the United States.

After the war, Baruch went to Versailles as a major advisor to the Zionist delegation who brought up the Rothschild-concocted Balfour Declaration and clamored for the establishment of a Jewish state in Palestine.

Later, the same Baruch was, once again, the unofficial dictator of the United States during Franklin Roosevelt’s presidency.

Of course, Baruch himself was an agent of the Rothschild, as several conspiracy historians have pointed out.

So, in a nutshell: The Rothschilds, who controlled the “socialist” Roosevelt administration and backed the Bolshevik Revolution, were also, via Baruch, via Kohlberg, behind the “right-wing” John Birch Society and the funding of the Libertarian movement in the United States.

The Rockefeller connection
The Rothschild dynasty was not the only one involved with funding Libertarian outlets and sponsoring Austrian economists. Not wanting to be outdone, the Rockefeller family also contributed its fair share.

Initially, William Volker did not apparently intend for his foundation to support Libertarian think tanks. However, when Volker’s nephew Harold Luhnow took control of the Volker Fund, its orientation changed.

During the 1930s, Luhnow had come into contact with longtime activist Loren Miller, who worked for and eventually headed the Detroit Bureau of Governmental Research (BGR). The BGR was directly funded by the Rockefeller Foundation, and Miller was most probably a Rockefeller agent.

It was Miller who introduced Luhnow to Austrian economist Friedrich von Hayek and convinced him to bring Hayek to Chicago. Miller went on to oversee the activities of the Volker Fund and attended the first Mont Pelerin Society meeting. In fact, both the Volker Fund and the Rockefeller Foundation supported the Mont Pelerin gatherings for over a decade.

Miller and Luhnow pulled out all the stops in bringing Milton Friedman and Hayek toRockefeller-controlled University of Chicago. As pointed out by scholars Philip Mirowski and Robert Van Horn, “Luhnow and the Volker officers were not mere accessories to the rise of the Chicago school: they were hands-on players, determined and persistent in making every dollar count.”

Importantly, the involvement of the Rockefeller dynasty in promoting Austrian economics predates the Volker Fund. Indeed, Rockefeller, who was taught by Hayek in London, “had been intermittently subsidizing Hayek since his Vienna days at Mises’ business cycle institute” according to Mirowski and Van Horn.

Already in 1926, Ludwig von Mises’s first tour in the United States was paid by the Rockefeller Foundation. The National Bureau of Economic Research, which supported Mises in the 1940s, was also heavily sponsored by the Rockefeller Foundation. Mises’s salary in New York was paid by Lawrence Fertig, Kohlberg’s colleague at the AJLAC, and by the Volker Fund.

Working both sides of the dialectic
As shown by Antony Sutton, the Wall Street funding for the Bolshevik Revolution was organized from 120 Broadway Street in New York, in what Sutton called “the Morgan-Rockefeller complex”, which also included Rothschild agents such as Baruch and Jacob Schiff. In the late 1910s and 1920s, both Roosevelt and Baruch worked at 120 Broadway Street, where several major financial concerns were located, including the general offices of the American International Corporation and the New York branch of the Federal Reserve.

Working both sides of the dialectic, Baruch, who was a lover of Clare Booth Luce, future wife of media mogul Henry Luce, and a friend of editor William L. White, arranged for the Reader’s Digest to publish, in 1945, a widely circulated condensed version of Hayek’s Road to Serfdom. This successful marketing ploy greatly contributed in disseminating Hayek’s work and in paving the way to increased funding and support for Libertarian thinkers and Austrian economists in the United States.

Ironically, it is Baruch, once again, who is credited with coining the term “Cold War”in a speech given in 1947. He must certainly have known what he was talking about.

Escaping the Illuminati dialectic
Both the Rothschild and Rockefeller dynasties supported and backed, directly or through their agents, frontmen, and puppets, the Bolshevik Revolution in Russia and the rise of the Libertarian movement in the United States.

As we have shown in previous articles, the Illuminati elites did not merely provide financial support for both sides of the dialectic. Indeed, the Jesuits a.k.a Illuminatiformulated the ideological content that led to the modern versions of both Libertarianism and Communism. Moreover, both movements were corrupted by Satanic influences.

The Illuminati elites are toying with us, trapping people into a deceitful dialectic whose poles both lead to a domination by a transnational plutarchy, and sidetracking them away from the truth. More than ever, it is time for us to exit the Matrix by escaping the Illuminati dialectic and starting to devise our own solutions.

Here’s a chart visualizing the historic ties between the main players. 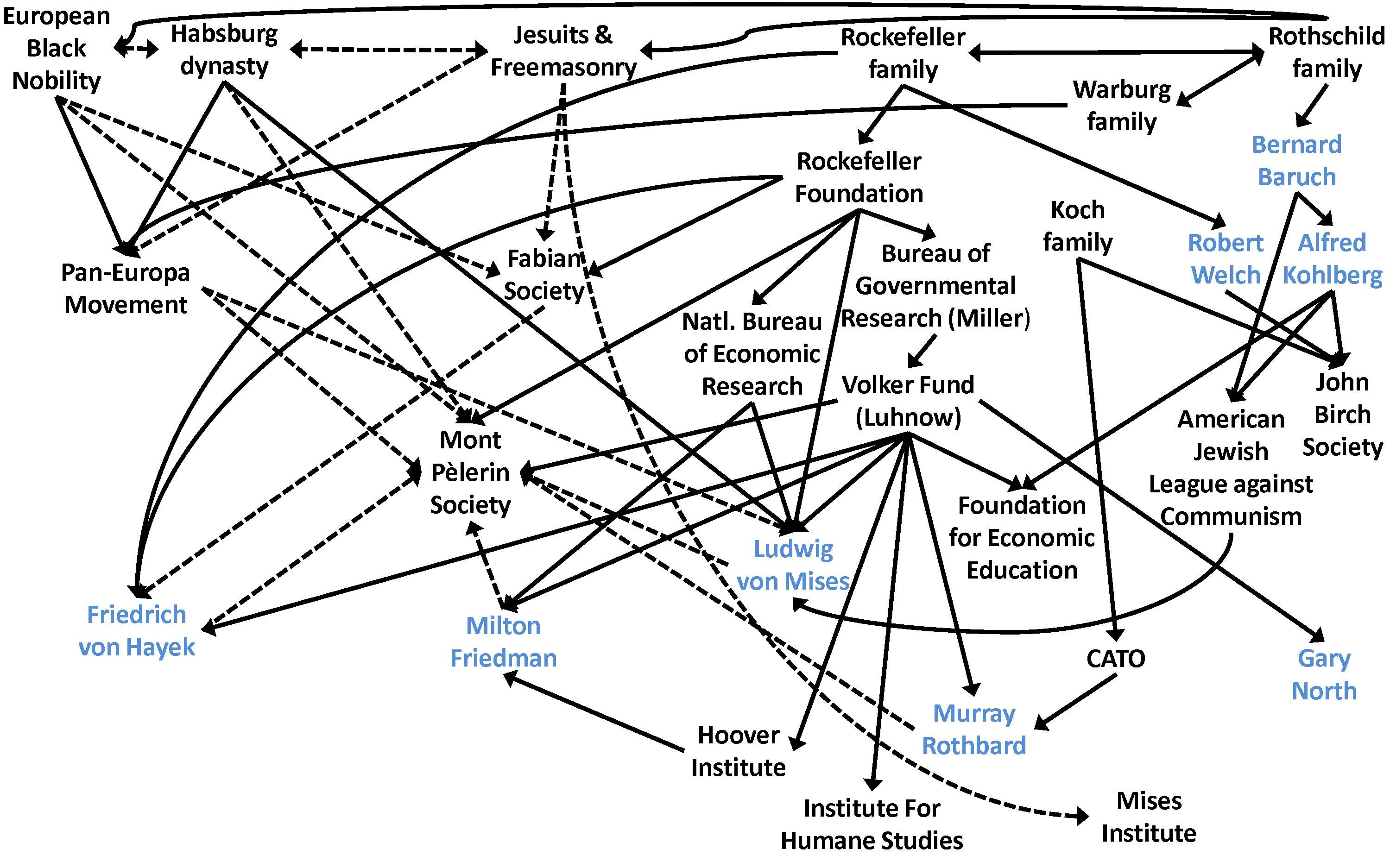 THE CONNECTIONS BETWEEN THE GANGS - BLACK GUELPH ARISTOCRACY, JESUITS, MASONS, AND AUSTRIAN AUSTERITY - "THE 10,000 YEARS OLIGARCHIC PRINCIPLE OF POVERTY" The Satanic Plan of the Oligarchic Gang Families Borgia, Hapsburg, Pallavicini, Saxe-Coburg Gotha, Collonna, Este, is the Protocols of the Learned Elders of Zion 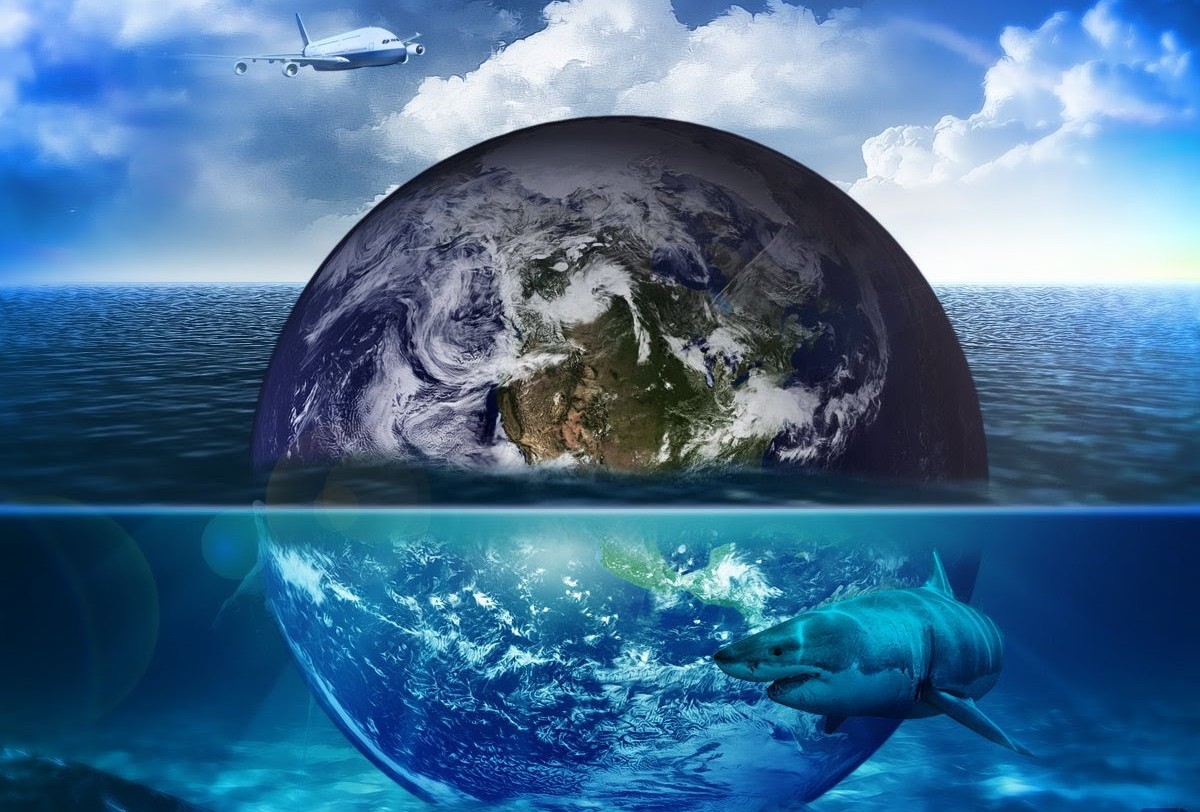 THE SATANIC HISTORY OF THE WORLD PART 3 - OSHO ON ARISTOCRACY - ARISTO - ARISTOTLE, CRACY - GOVERNMENT BY.. THOSE ARISTOCRATIC OLIGARCHIC SATANIC BABYLONIAN PAGAN ROBBER BARON GENERATIONAL GANG FAMILIES AND THEIR CREATIONS, JESUITS AND KNIGHTS OF MALTA - WHO DO NOT BELIEVE IN THE SOUL.. THEY WANT TO KILL YOU!! 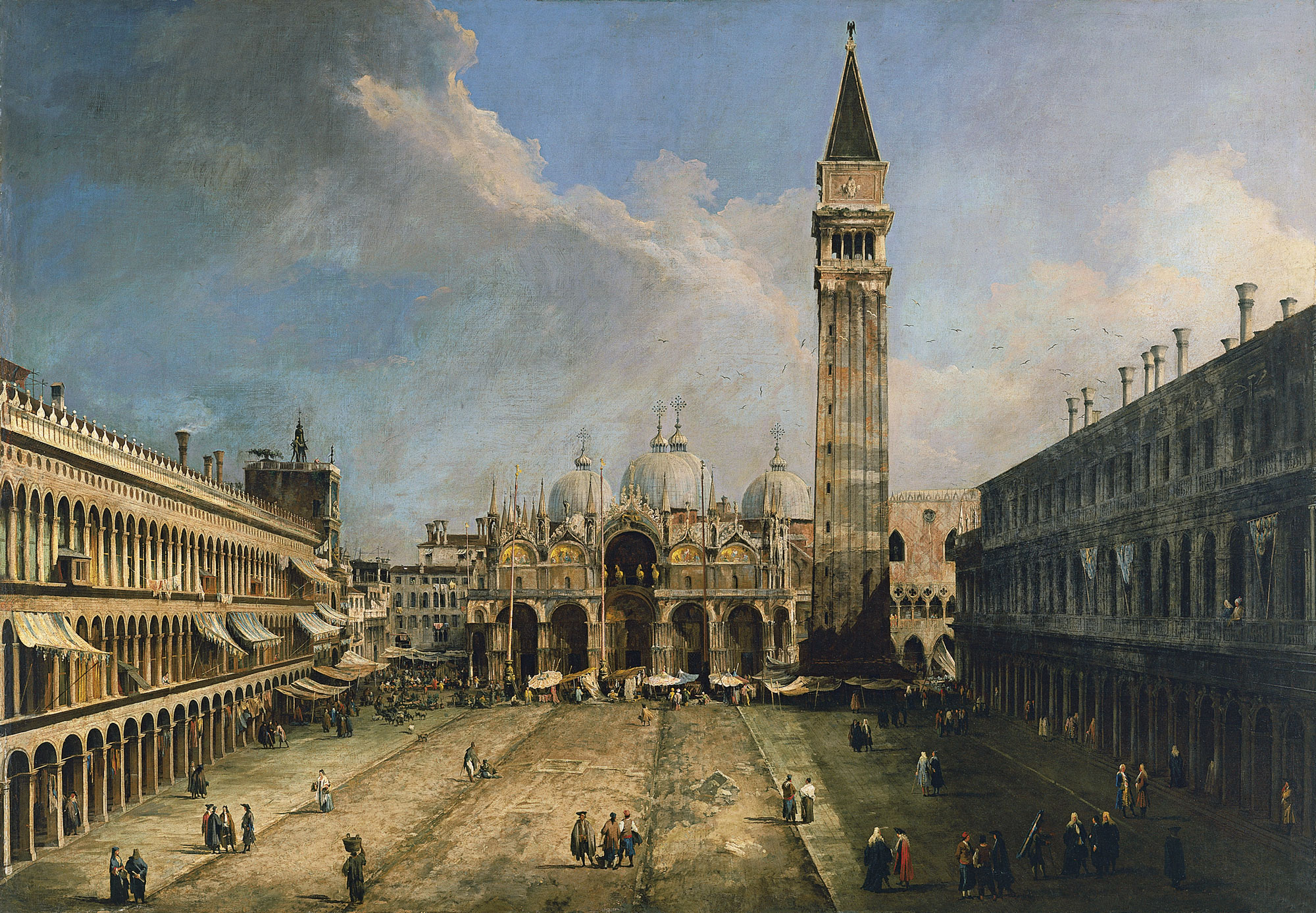 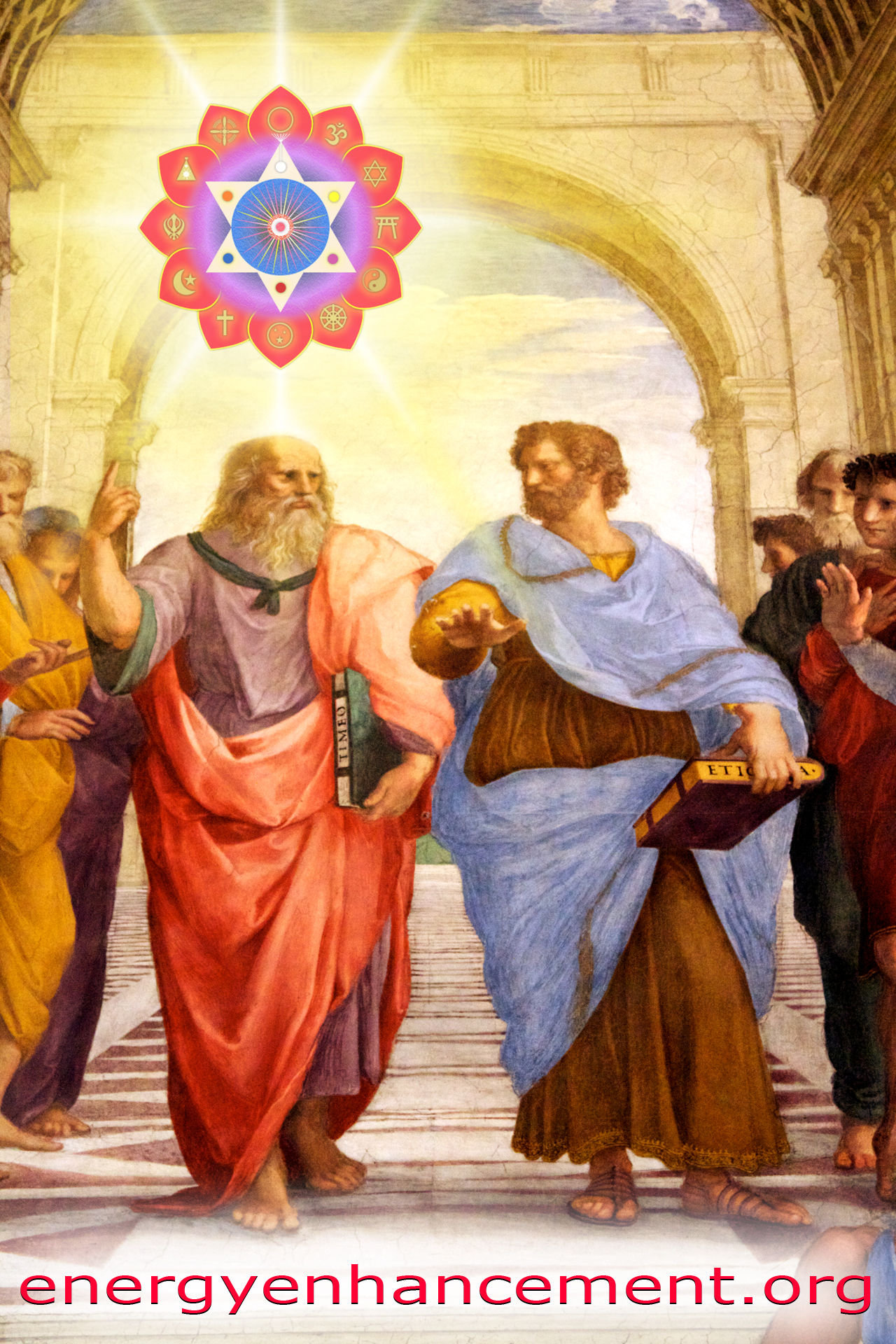 THE EVOLUTION OF A NEW HUMANITY - 1. THE ENLIGHTENED SPECIES AND THE HUMAN INTRA SPECIES PARASITES 2. THE LUCIFERIAN SPECIES 3. THE SATANIC SPECIES THE SATANIC HISTORY OF THE WORLD - PART TWO - OLIGARCHIES-POLICIES-FROM-THE-TIME-OF-BABYLON-AND-THEIR-HISTORICAL-TECHNIQUES-TO-ENSLAVE-THE-WORLD - IT'S THE OLIGARCHIC GANG FAMILIES STUPID!! The Wolf of Wall Street - the Rigging of the Libor, Forex and Gold Markets and the 40 Trillion dollar heist of the Bail out and QE - Esoteric Movie Review by Satchidanand